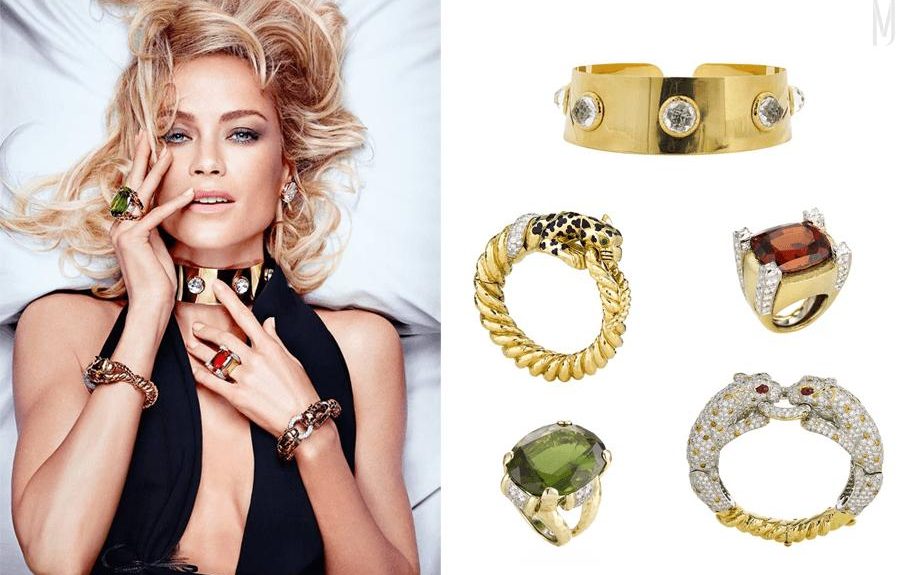 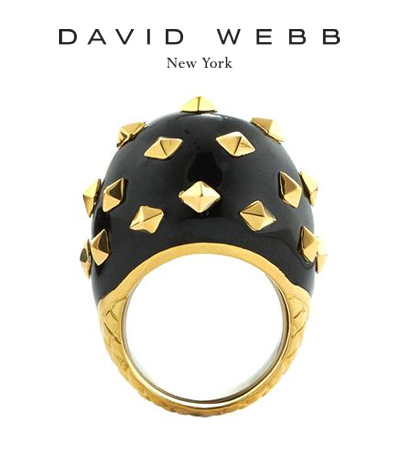 First of all, David Webb is a name you should know. David Webb jewelry was founded in 1945. Sounds already glamorous enough for you? No?
Imagine old movies such as Casablanca with Humphry Bogart and Ingrid Bergman. A Classic. But do you already get what I mean?
The ‘brand’ was founded when Lauren Bacall, Judy Garland. Oh, and Marilyn Monroe’s career started somewhere in that period.
I guess you get my point now.

I can show you all the beauties which has been designed by the designer and which some are still available to be purchased.
But here is the Jackie ring.
Good to know: The ring was made in 1967, just two years after Jackie Kennedy purchased ear clips of the same design, made in green enamel.
You might think this ring isn’t that glam but it is even if it has no diamond or other gemstones.
Although, as you can see, even it has been made in the mid-60’s the ring is a ring of all times.

And now some David Webb with all the glam I am talking about: 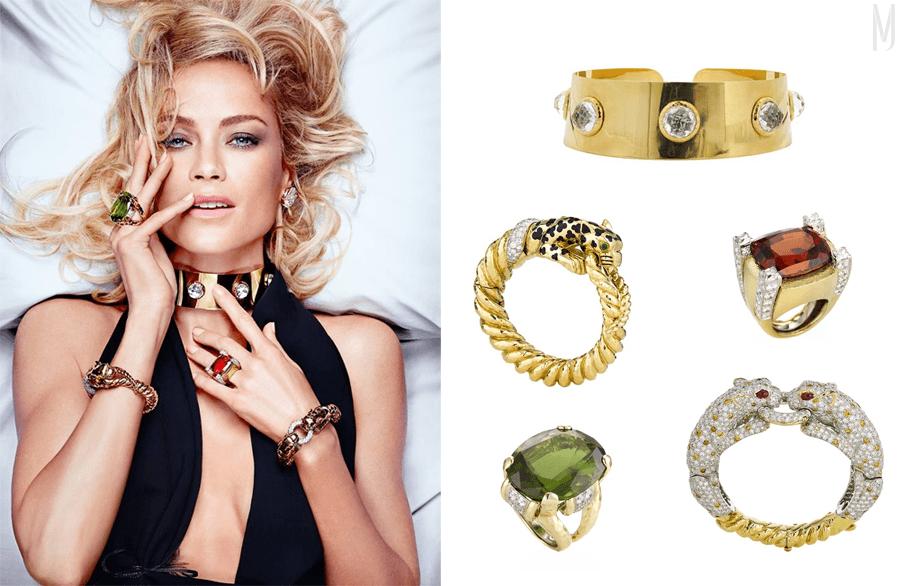 [All images via David Webb and Facebook | Collages made by MoJ]