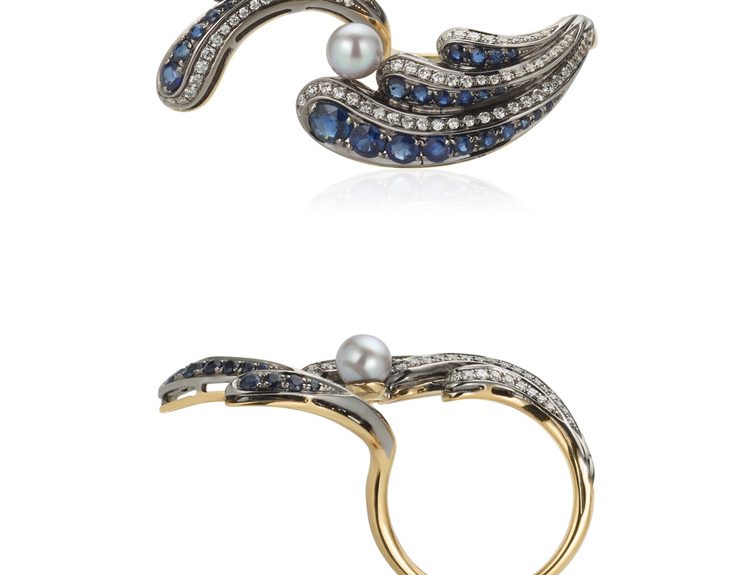 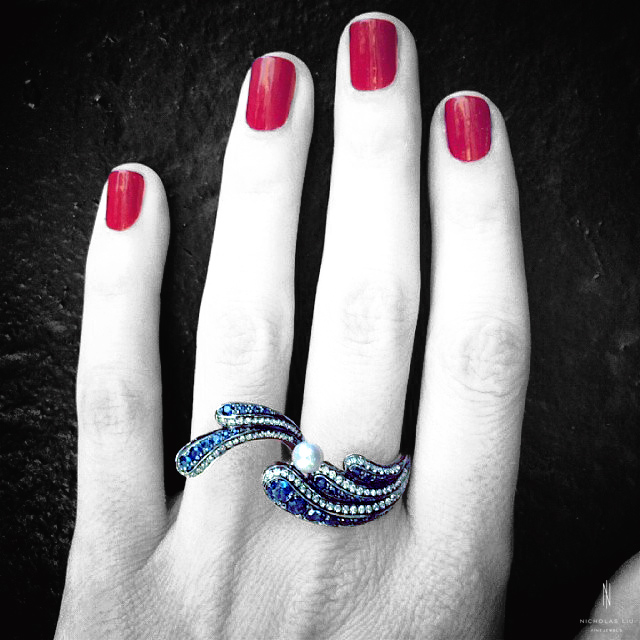 Oldie but a goodie. High jeweler Nicholas Liu has designed this Amara ring a little while ago (last year to be more precise) but I thought I had to show it to you all.
The design of this ring is very interesting. It ain’t a simple band ring or whatsoever. The Amara ring is part of Nicholas’ Daedalus collection. The name Daedalus might ring a bell…

Depicting the story of Daedalus, who was a skillful craftsman and artist. Daedalus and his son Icarus was held in a tower to prevent his knowledge of the labyrinth he built for king Minos from spreading to the public.
To escape, Daedalus created wings for himself and young Icarus from feathers and wax. The collection depicts wings in various form of decay, illustrating Icarus’ flight too close to the sun, melting the wax on the wings. Pearls are used to reflect droplets of water as Icarus’ splash into the sea.

And voila, this explains the ring’s design very well. 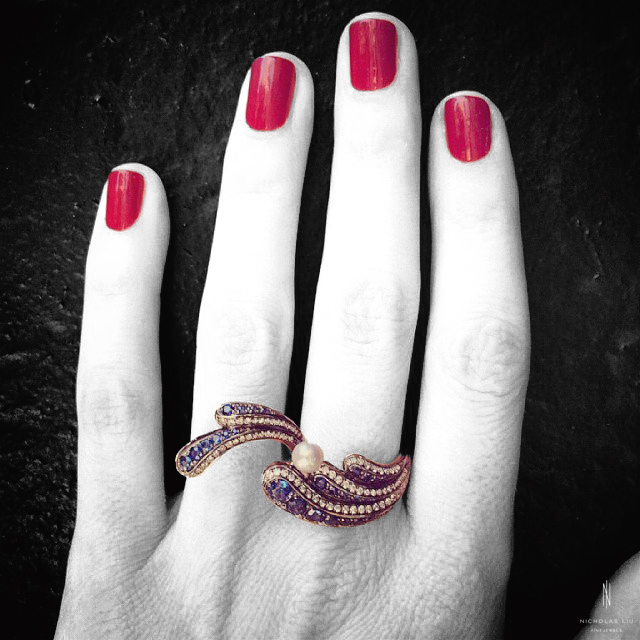