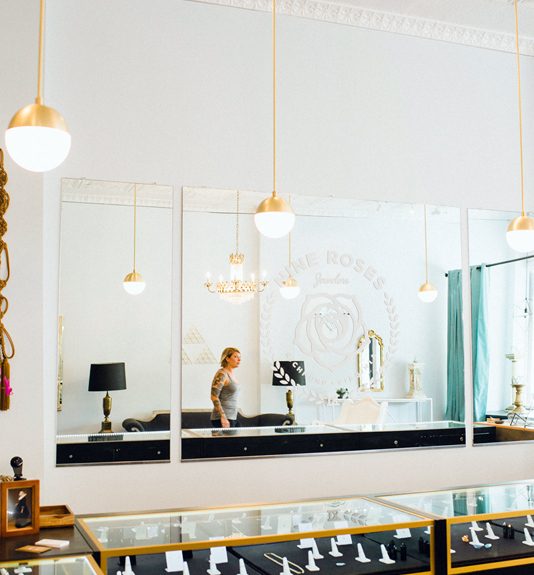 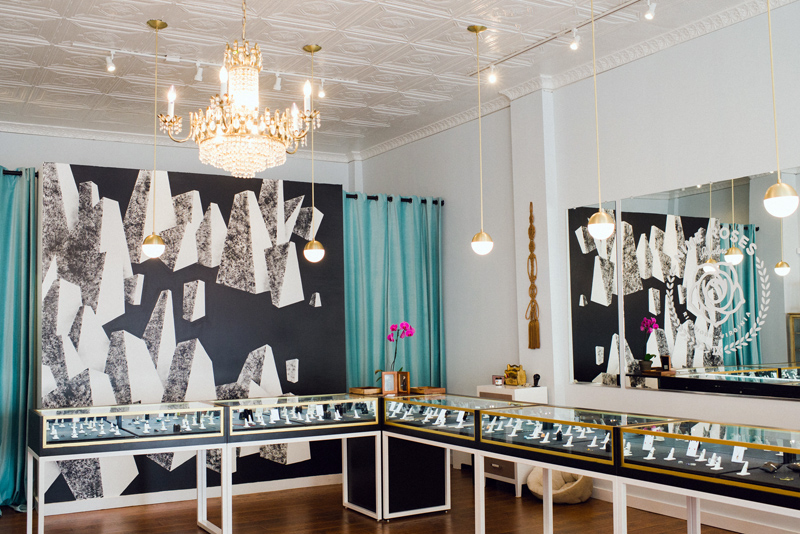 Instagram is such a wonderful place. Even though I am based in Belgium I get to discover talented designers and great retailers. That’s how I came across Nine Roses. A Jewelry retailer which carries all my favorite designers! And I do love the name ‘Nine Roses’, as well.
Owner Eliza and her boyfriend Nick have opened Nine Roses this past April in Richmond, VA.
Read below how they got started: 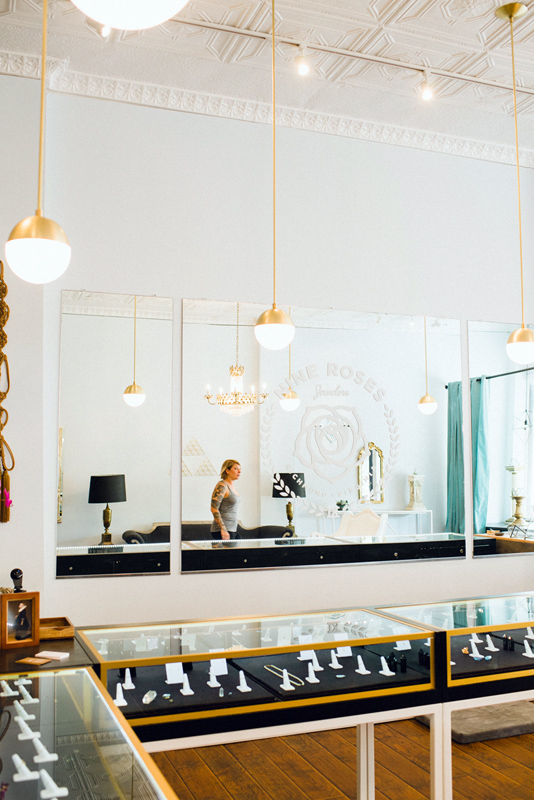 Eliza:
“I went to school for sculpture first at Alfred University and then at VCU. After college I was a piercer and merchandizer for a tattoo shop and started making jewelry for fun. And then it became a little more serious. I still make jewelry but I don’t have any formal training. My focus lately has shifted more to buying and figuring out how to run a business. My passion is really in designing.

Nick DeRosa is the other owner, as well as my boyfriend. He has a more formal background in jewelry. He has always been a gem and mineral nerd. He was about 23 when he got an apprenticeship at The Precious Gem with Reggie Akdogan in Williamsburg, VA. He was there on and off for 5 years. Within those 5 years Nick lived Colorado for about a year and a half working at the Denver School of Metal Arts. He was also briefly a gem wholesaler.” 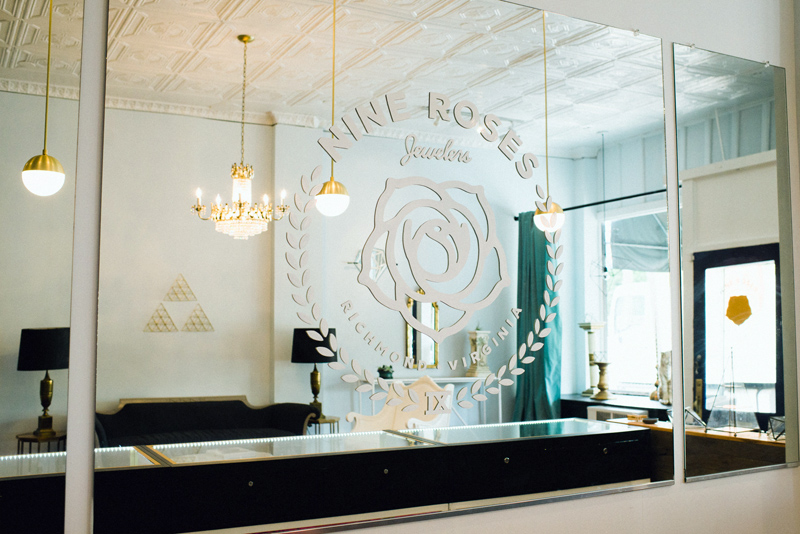 “We met about 6 years ago and immediately bonded over jewelry. I was always trying to get Nick to come to my studio and work on stuff with me. Partly because I thought he was cute but mostly because he knew so much more about making jewelry than me. Years later he became my boyfriend.” 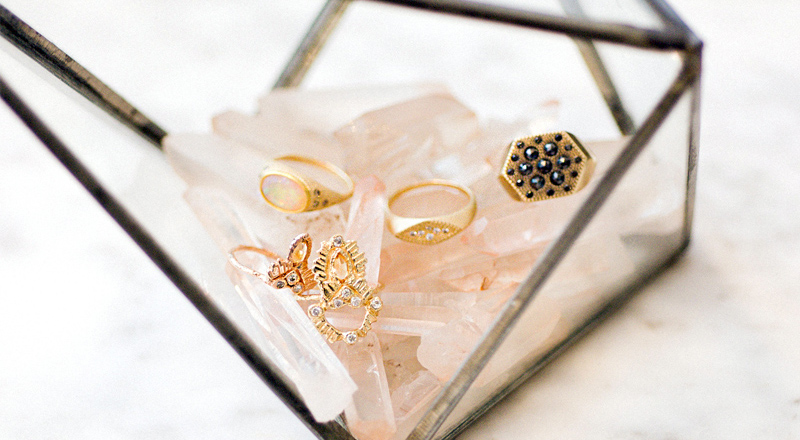 “We’ve always talked about opening a store, since we first met. The fine jewelry scene here is pretty limited. Lots of white gold and round brilliant diamonds. Nick and I would have to travel to New York to see jewelry (in real life) we really loved because there is nothing here. I was so sick of just looking at jewelry on a computer screen. I wanted to touch it and try it on and feel it. I guess our goal in opening a store was to fill that hole for Richmond.” 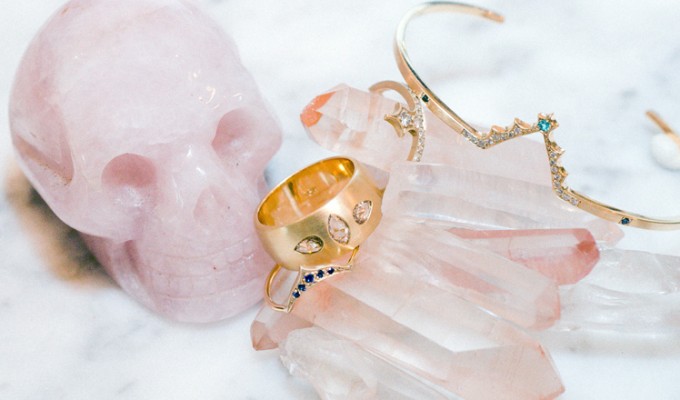 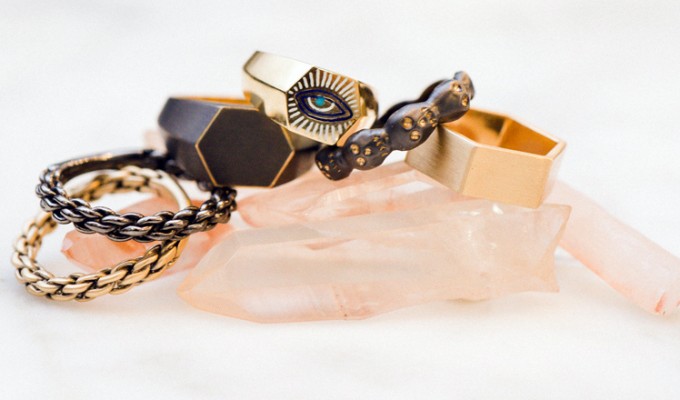 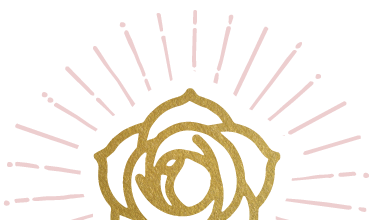 [All images thanks to Eliza Spell of Nine Roses]