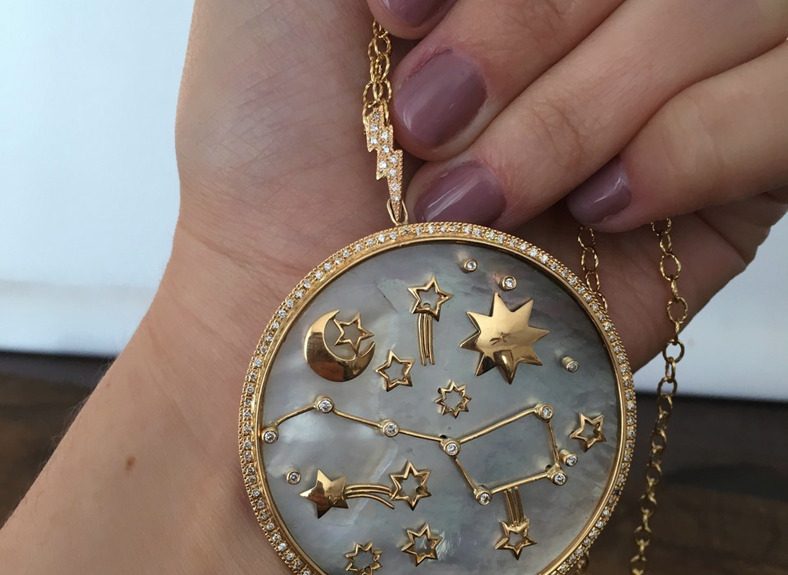 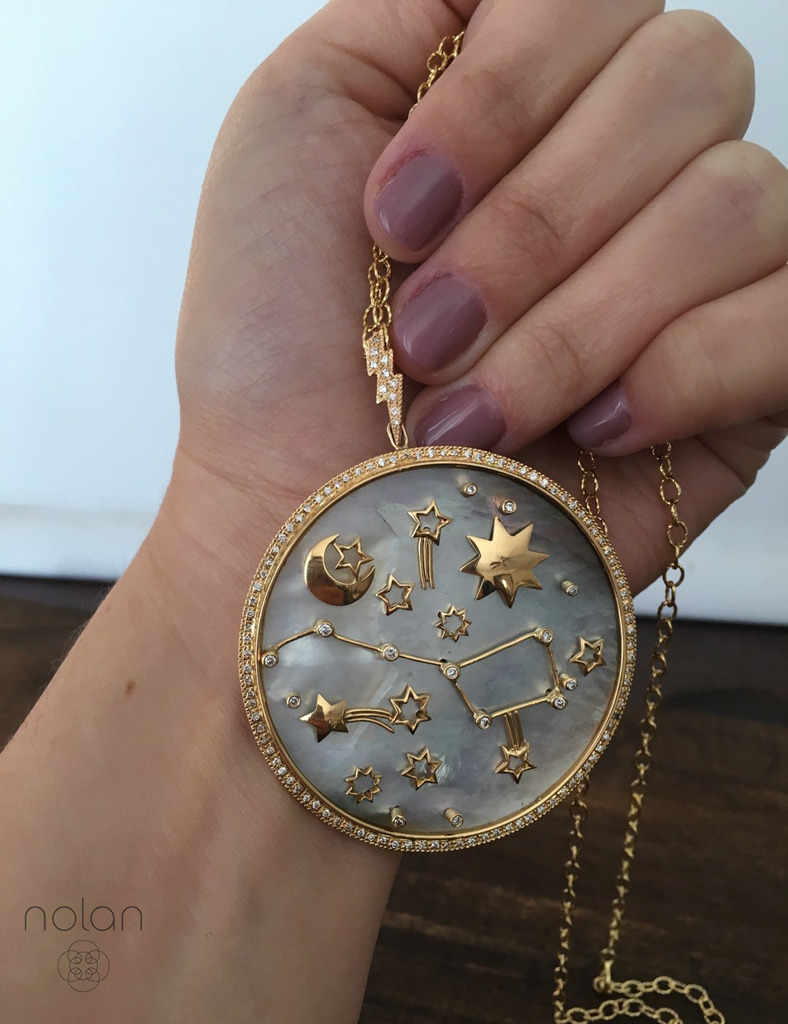 Know the feeling when you see an item for the first time and totally gets you and is kind of hypnotizing you? Well that’s the feeling I had when I came across Stacy Nolan’s Tarot Star pendant. One of the most beautiful and interesting pendants I’ve seen. It’s soft and sweet thanks to the mother of pearl which has been used as the background for this lovely constellation with stars and moon.
This pendant has something nice to look at everywhere. Look at that great lightning bolt! And as you can see on the images, the pendant is quite big!

Designer Stacy Nolan on her Tarot Star pendant:
“This is a collection of pendants loosely inspired by tarot cards. I had my cards read several years ago and all I could think was how pretty the cards were! So, I got myself a deck the images are something that kept reappearing, so I thought it was time to make something from it. The first one in the series is the Tarot Star. I’ve made all sorts of stars and crescents and other celestial shapes for years, but now I have the chance, literally, to put the entire cosmos together in one piece. And moving onto the next piece is also literally like drawing a card from the deck: you have no idea what it is until you turn it over and take a look.

I used Mother-of-Pearl because it was naturally a great background for a sky scene and the material itself can be (somewhat) easily drilled.” 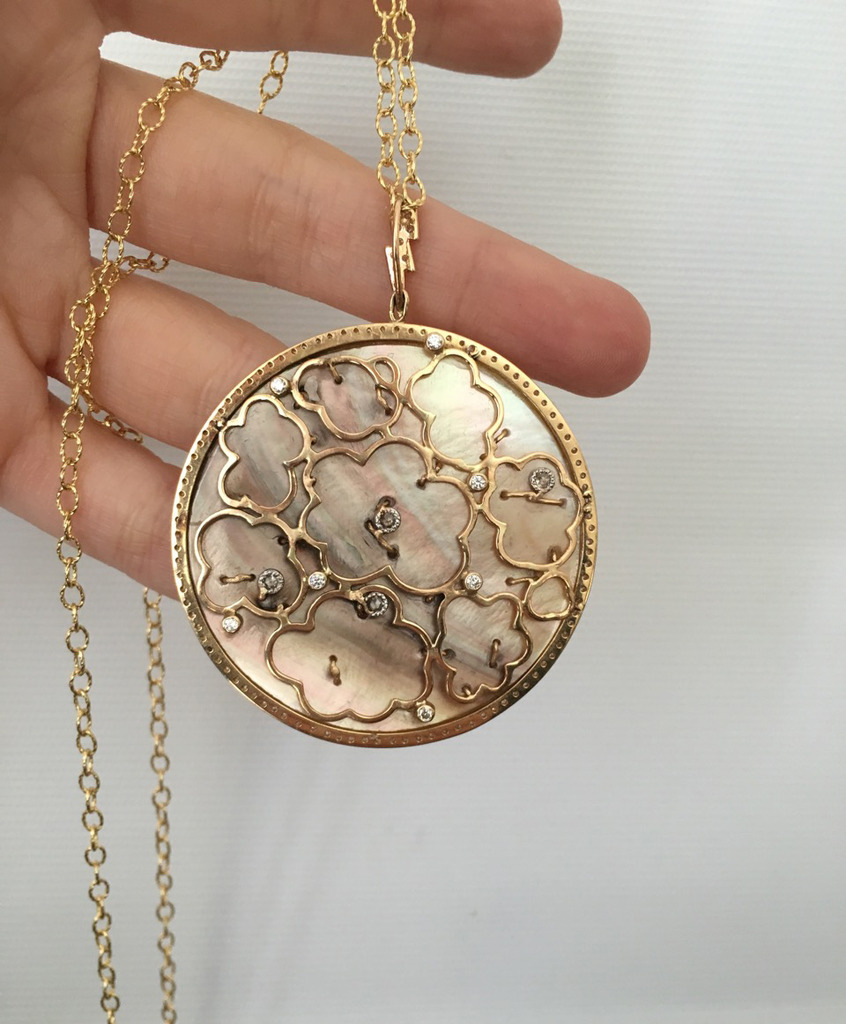 The back of the pendant is just as beautiful with these diamonds and clouds details.

[All images thanks to Stacy Nolan]