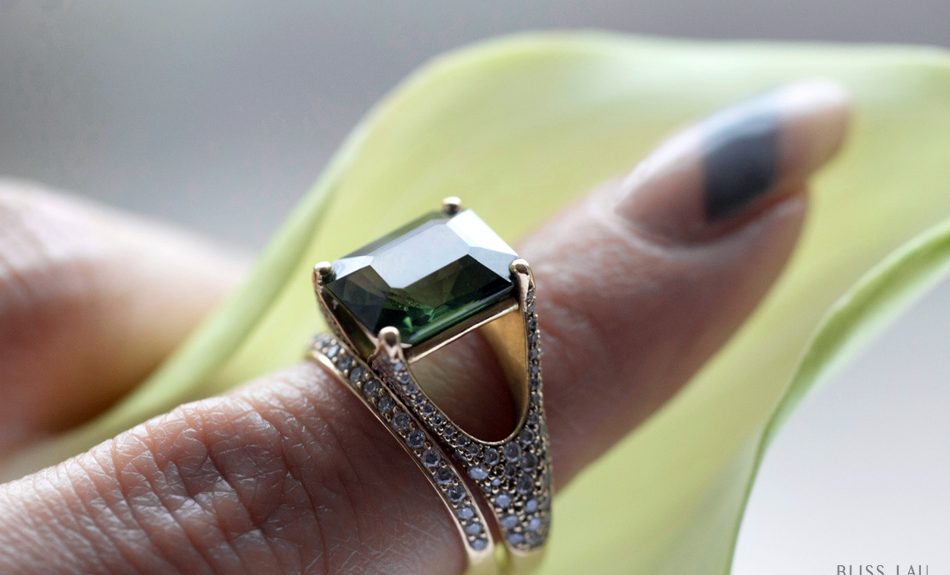 When it comes to Bliss Lau, there is no way you cannot be obsessed with her work.She is one of the first designers I fell madly in love with when I started the blog. I’m a fan of her ever since. She makes me drool over every new design she makes. So I thought it was about time to show you some new creations of hers, the Futurist and Forest rings.
Both are very captivating as per usual.
I asked Bliss what the story behind both rings are, where came the inspiration from and what kind of women she sees wearing them. Here are some thoughts from Bliss on the woman who will own this ring: 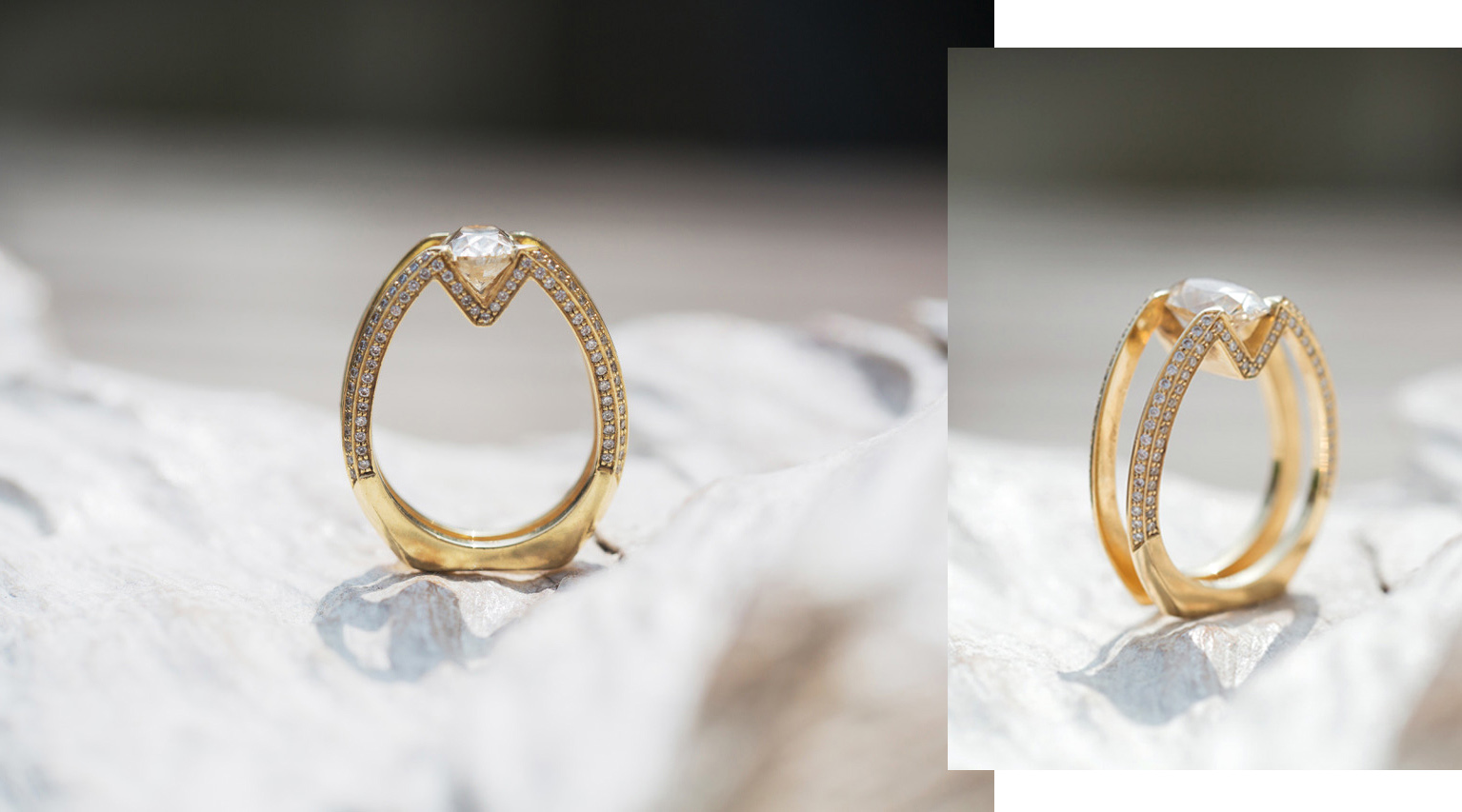 Originally designed for a friend of mine who is an independent – strong woman, an entrepreneur who fearlessly changed careers and launched a company during the recession to tremendous success, I designed the ring for her. The Futurist. She has a vision of the future that feels bright and breaks boundaries, sees no red tape, and enjoys the process of growth. That is what I love about the Futurist woman. 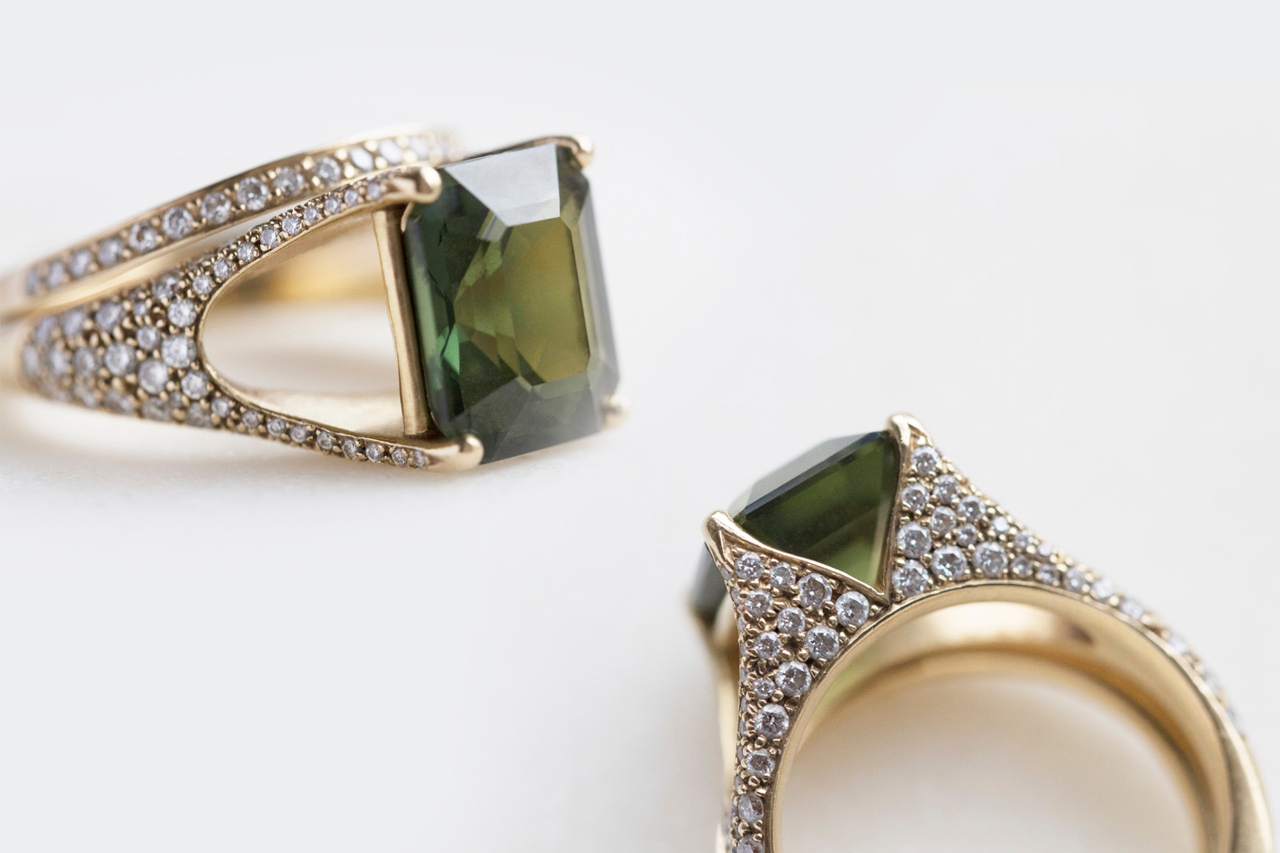 This ring was designed for a very elegant woman, one who can live in a man’s world without changing herself. She is feminine, strong, enjoys being healthy and believes in herself, she trusts herself. She enjoys the texture of this ring combined with the visual simplicity of the Emerald Cut stone because it is a metaphor to her, a complex woman who likes to keep things simple and straightforward.