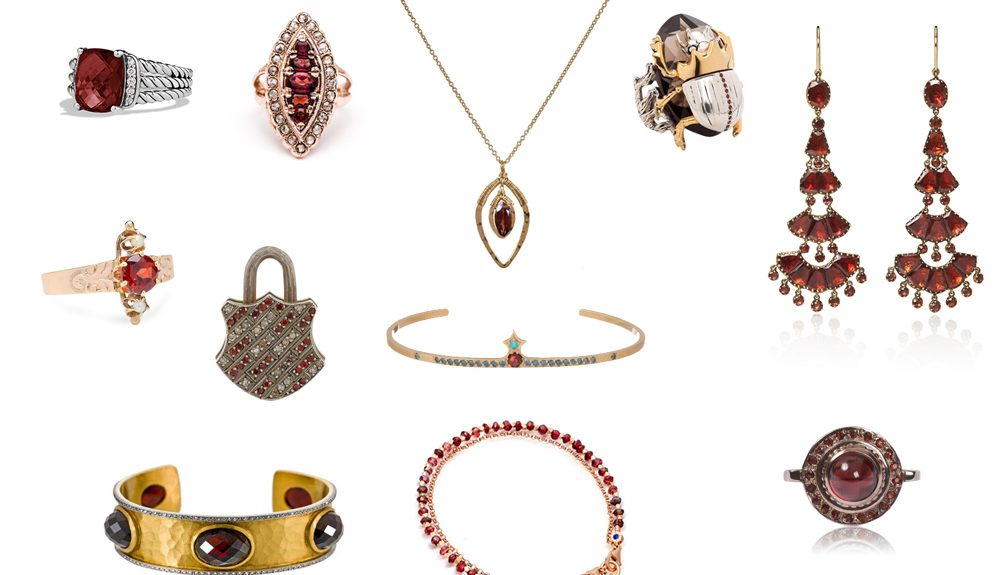 Garnet, the birthstone of January. Garnet is a series of several different minerals with unique chemical formulas. The gem comes in a variety of colors which are red, yellow, orange, green (Tsavorite and Demantoid), blue, pink, purple, brown, gray and black. We know garnet in jewelry best as the red one.
Garnets are typically darker and more dense than rubies. Just in case you wondered about their difference. The word garnet comes from 14th‑century Middle English word ‘gernet’ meaning ‘dark red,’ from the Latingranatus…also good to know.
January babies, your birthstone is the fierce deep red garnet, a gemstone that was once believed to grant the wearer protection from nightmares, ghosts and ghouls.

[All images as mentioned in links above | Collage by MoJ]