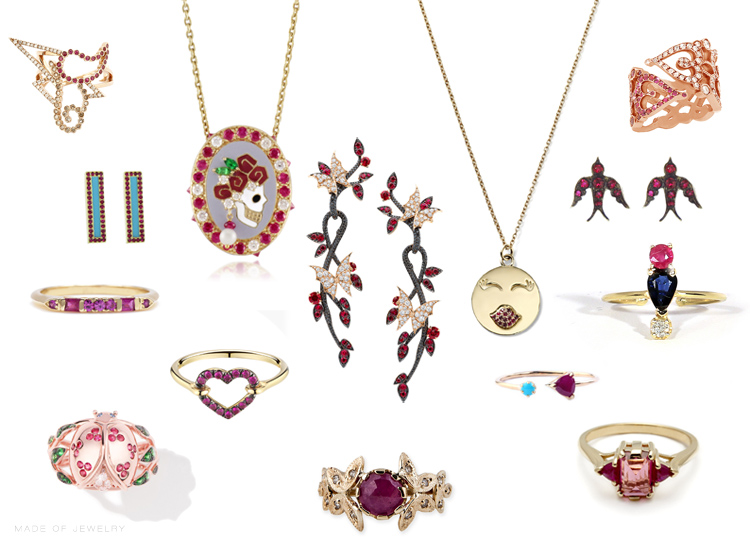 Ruby is one of the most unique gems in the world. It is also known as the July birthstone. This gem features a unique look that is famous for its bright red appearance.
Fine-quality ruby is extremely rare, and the color of the gem is most important to its value. Rubies come in many shades of red. The closer to vivid red, the higher the price.
Ruby is one of the four birthstones that are interpreted as a precious stone along with emerald, diamond and sapphire. This is because of the rarity of this stone in the world.

[All images as mentiond in links above, info collected via the worldwide web | Collages by MoJ]