Luxury made in France. We say OUI! I don’t have to explain or tell you about high jewelry houses founded in France (even though it is a nice subject to discuss about).
Today I’d like to tell you more about Joséphine de Beauharnais, born Marie Josèphe Rose de Tascher de la Pagerie. She was the first wife of Napoleon I, and thus the first Empress of the French in 1796. Perhaps the most famous and evocative couple of world history ever, besides Carry Bradshaw and Big of course.
Napoleon fell in love with Joséphine instantly, their love seemed to be intense. It was love at first sight.
Paintings and engravings show a brown-haired woman with a friendly face and also known as a warm captivating woman who was very sociable.
I could tell you more about her but Wikipedia is a great source as well.
But what I’d like to tell you is how much Joséphine actually loved jewelry.

As being an Empress (of France) you can imagine she was one lucky lady to be able to wear tiaras and all kind of other jewelry pieces we can only dream about. As a jewelry fan myself I guess it is a good reason to want to have been her.
She had an endless collection of tiaras.
Chaumet has contributed to this collection as Fabergé did as well.
Joséphine understood that the jewelry was essential to develop its status as an empress.
She has contributed a lot remake Paris the capital of luxury and fashion. 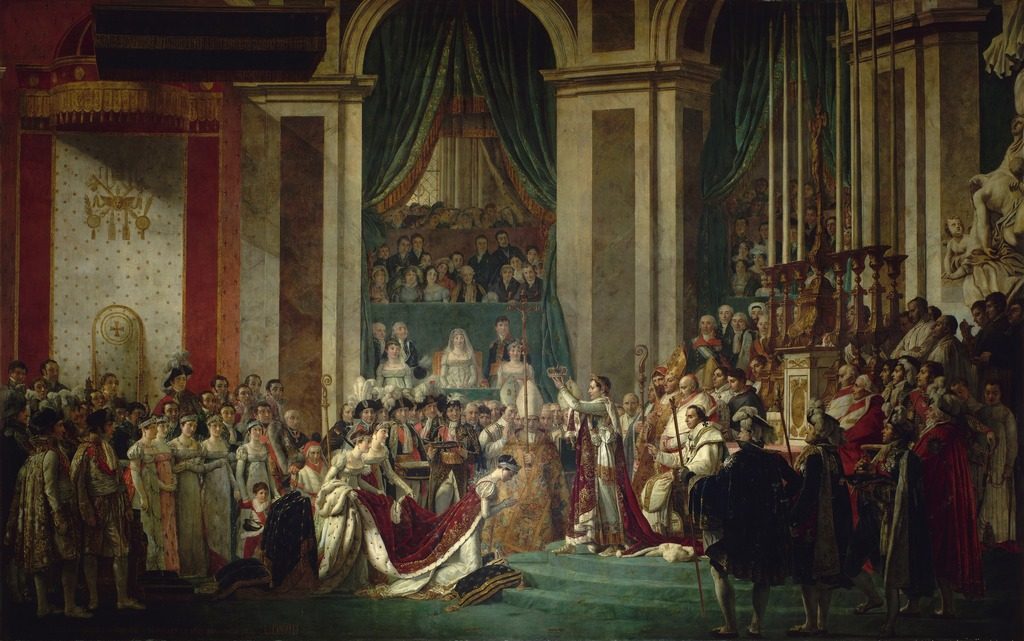 Napoleon’s taste for jewelry was political. He wanted to restore France to the place it held at the center of luxury goods and fashion before the 1789 Revolution. As a result, Marie-Étienne Nitot became his official jeweler. Yay for Joséphine! 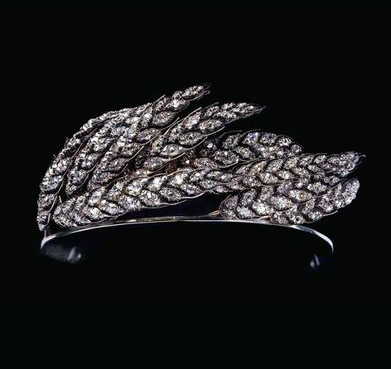 This wheat tiara, as pictured above, was created by the founder of Chaumet, Marie-Étienne Nitot, which dates from before 1810.
This tiara is set with rose cut diamonds, wheat ears swept by the wind.
Wearing tiaras were falling into disuse but thanks to the coronation of Joséphine, wearing a tiara was brought back to life. It was a status, the symbol of power of royalty. A woman has never been as glamorous back then as Joséphine wearing diamonds on her head. 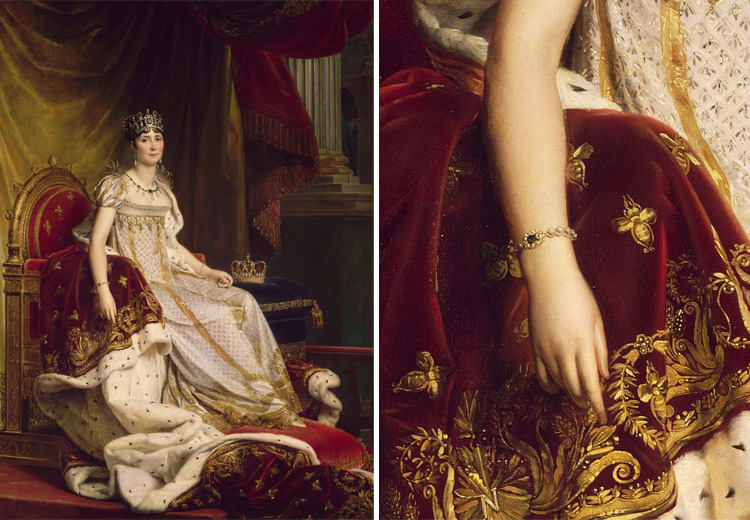 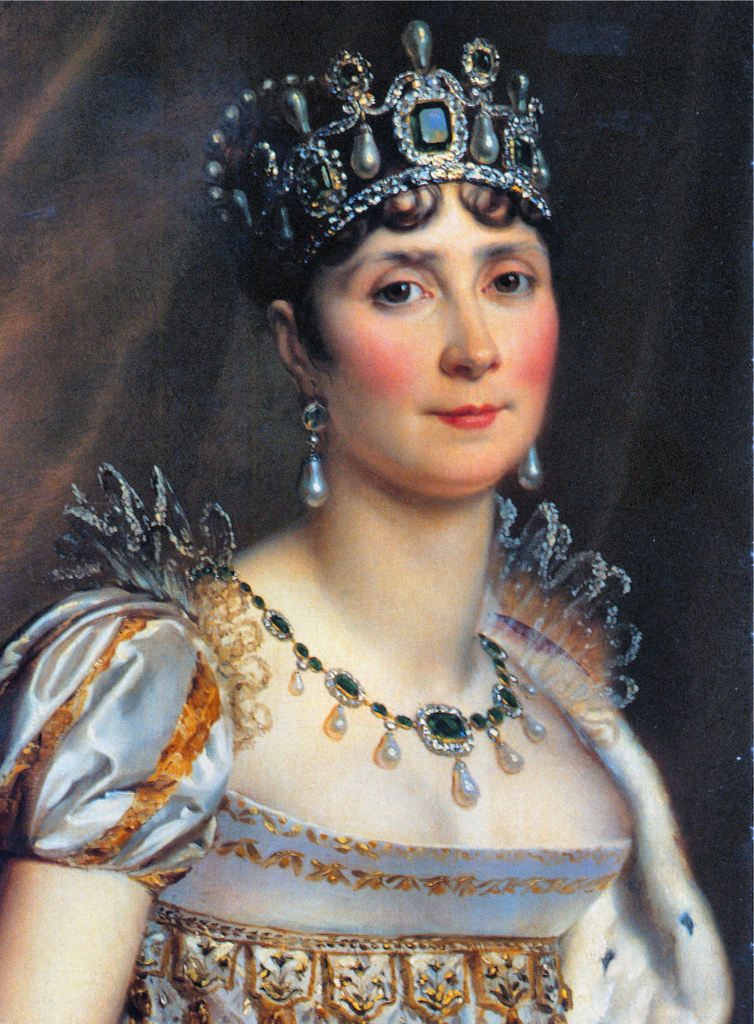 Unfortunately, not all stories have a good ending.

Napoleon divorced Joséphine (she was in her forties and couldn’t give him an heir – but had children from her first marriage FYI) and she then retired to her country estate, Malmaison just outside Paris, where she lived out her life in empty splendor. She loved to bring out her fabulous jewelry collection to dazzle her visitors – sparkling diamonds, rubies, sapphires and pearls, you name it, she had it. But it brought her no joy. Sighing, she remarked, “Believe me ladies, do not envy a splendor that does not constitute happiness.”

In 1814, Napoleon wrote to Josephine just before he was sent to exile in Elba, ” Adieu, my dear Josephine. Resign yourself to fate, as I have done, and never forget him who has never forgotten you…and never will.” Josephine fretted about his fate and became melancholic. She died later that year of a “putrid fever” at age 50.

Loving all this? I do! But that’s not just it.
As being a muse of Chaumet, the house got inspired by the enigmatic Empress Josephine, and launched its first Josephine and Liens collection in 2010. The collection includes necklaces and tiara rings in pink gold and white gold, toppled with scintillating diamonds and precious stones. It’s like wearing little crowns yourself.  View the collection here.
If Chaumet fits an empress, it fits us too!

[Images via Google Images  and Tumblr | Collages made by MoJ]